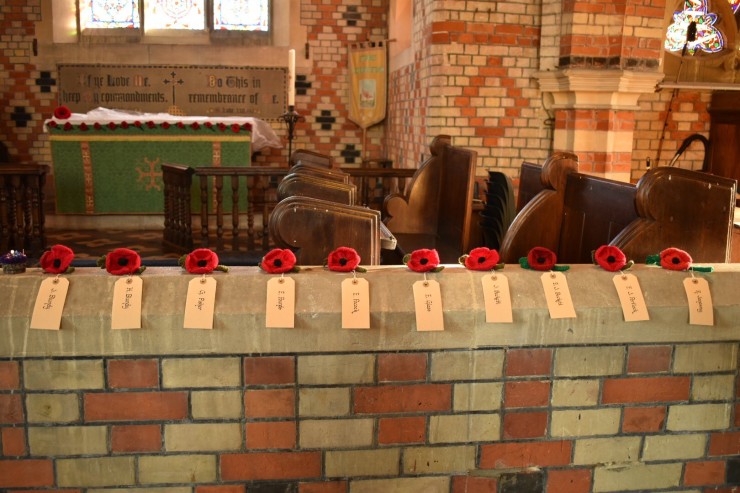 Today, on the 100th anniversary of the end of the First World War,  Leckhampstead remembered all those military and civilian servicemen and women involved in the two World Wars and other conflicts.

As a mark of respect, poppies were knitted for each and every serviceman from the village who were killed in both Word War 1 and World War 2.

Thanks to Lindsay Hardy for organising this fitting tribute and to all those who kindly gave up their time to knit these beautiful poppies.

This site uses Akismet to reduce spam. Learn how your comment data is processed.